Beyerdynamic, with its new PRO X series, seeks to provide more and better tools for professionals who are dedicated to content creation. This catalog update is two headphones and two microphones, aimed at recording studios, professional and home. 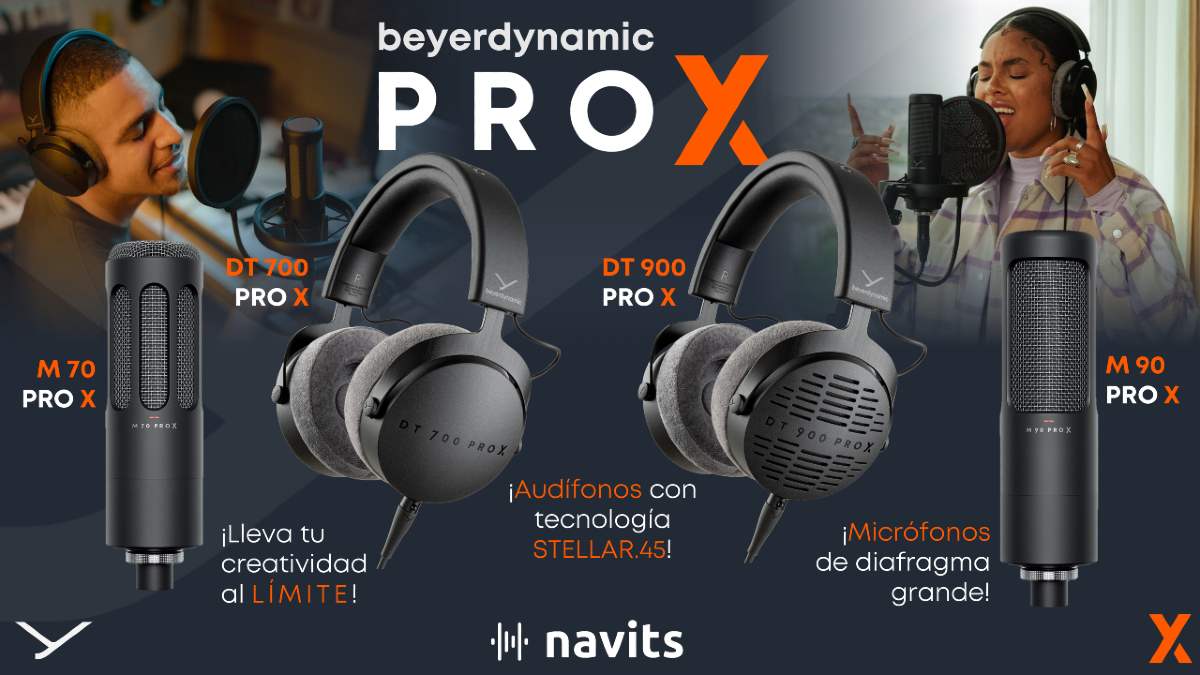 This proposal, which offers products at an affordable price, brings these products of the brand to those users who have just ventured into the generation of podcasts, YouTube videos or recordings made at home, which require quality and low costs.

DT 700 PRO X and DT 900 PRO X headphones
The DT 700 PRO X headphones feature a closed design for recording and monitoring. While the DT 900 PRO X helmets have an open constitution for mixing and mastering. Both devices introduce several innovations, starting with the new driver developed and patented by the Beyerdynamic brand, the STELLAR.45, which presents an impressive reproduction capacity at a high sound pressure level, without the slightest distortion, beyond the device to which they are connecting, which is possible thanks to the neodymium magnetic ring that makes it up and a three-layer diaphragm.

Thanks to the impedance of 48 ohms that these headphones present, it is possible to use them both with conventional portable devices (in smartphones and laptops, among others), as well as with professional products such as mixers and high-end audio interfaces. Another feature that makes it easier to use is its detachable cable, which provides them with two options of different lengths: one of 1.8 and another of 3 meters.

M70 PRO X and M90 PRO X Microphones
The M 70 PRO X microphones are dynamic, for streaming and broadcast applications). On the other hand, the M 90 PRO X are condenser microphones, for recording voices and instruments. Both devices have a large diaphragm, which is a novelty that has not been part of the brand's offer for a while.

As for its design, it helps to minimize the effect of proximity to an almost non-existent point, while its extended frequency response provides the ability to capture the most subtle details, with the well-known feature that Beyerdynamic always seeks: clarity and naturalness in the sound delivered.

Both microphones feature XLR-3 connectivity and are equipped with elastic suspension, anti-pop filter and carrying bag. Finally, it is important to note that the entire Beyerdynamic PRO X series is handmade in Germany and all its parts are interchangeable, which guarantees the user a long life.